GMB hold two of three planned lunchtime demos outside Frimley Health NHS Foundation Trusts Wexham Park and Frimley Park Hospitals. Opposition to Frimley NHS Trust’s folly will increase robustly over the coming months if CEO Neil Dardis and his cronies at the Trust and NHSI press on and ignore their own employees’ serious concerns and direct wishes to remain within the NHS, says GMB Southern.

GMB, the union for staff working for the Frimley Health Foundation Trust, have held two of the three planned demonstrations at Wexham Park and Frimley Park Hospitals. The demonstrations are to show CEO Neil Dardis and Director of Human Resources and Corporate Services Janet King that they should be more supportive of their staff who are under threat of transferring out of the NHS into the private sector through a Wholly Owned Subsidiary (WOS).

GMB have said that the transfer is a way of avoiding VAT and will see the transfer of public buildings and land over to the private sector, meanwhile creating a two tier workforce. The proposals will see the undercutting NHS terms and conditions through employing new staff on lesser contracts and pensions rights, which the Union believe will eventually result in the harmonising and watering down of current staff’s Agenda for Change contracts as a means of year on year savings to increase the stand alone company’s profitability.

The well attended demonstrations over both days have given a clear and loud message to the trust that the fight to stop the WOS has just begun.

"GMB are clear the creation of a WOS must stop and we will seek to build pressure and identify those responsible to bring to account those that might seek to gain from such a deliberate wanton act of destruction of both NHS jobs and services.

"The first demonstration at Wexham Park saw GMB reveal four of the main potential protagonists who appear to be hell bent on ruining our NHS without care or consideration of the hard working staff who currently carry out the role for the employer of their choice, the NHS. Meanwhile those at the top remain working within and enjoying the very benefits of the NHS family. However, in doing so they seek to deny GMB members and their staff continuation of employment within that very same organisation in favour of placing them into the private sector.

"At the second demo, GMB Regional Secretary Paul Maloney made it very clear that if Trust director Janet King wishes to become CEO of this new WOS then she should resign from the Trust with immediate effect to ensure no conflict of interests from setting up a company, and any possible large salary the role will attract within a competitive private sector market.

"Unfortunately the current head of Human Resources and Corporate Services declined our invitation to address concerned staff at the Frimley Park demo and to receive the P45 prepared on behalf of the GMB for her, but we will keep it close by and happily hand it over to assist her departure in the very near future.

"Opposition to Frimley NHS Trust’s folly will increase robustly over the coming months if CEO Neil Dardis and his cronies at the Trust and NHSI press on and ignore their own employees’ serious concerns and direct wishes to remain within the NHS. Only a complete halt to the wasteful, unnecessary and disrespectful treatment of using NHS staff as a tax break is good enough."

"GMB members are more determined than ever to fight this unfair transfer to a WOS, the lack of meaningful information and openness from Janet King and her team has angered staff who are being kept purposely in the dark.

"GMB have not met with any staff as of yet who feel that the move is a good idea, and the more the Trust simply say don’t worry, the deeper the resentment and fear for the future is building within the trust.

"If the GMB consultative ballot result supports doing so because of that refusal by the trust to halt this move to transfer everyone in non-clinical services out to a WOS, I’m sure that our members will be demanding we go for a ERS ballot which might then of course lead to full out industrial action to bring Janet king and her team back to the reality that having a position of power doesn’t allow you to abuse it and make everything you say right.

"The current ballot result will be announced Thursday 29th at the 3rd of the first round of lunch time demos at Heatherwood Hospital from 12.30 – 14.30." 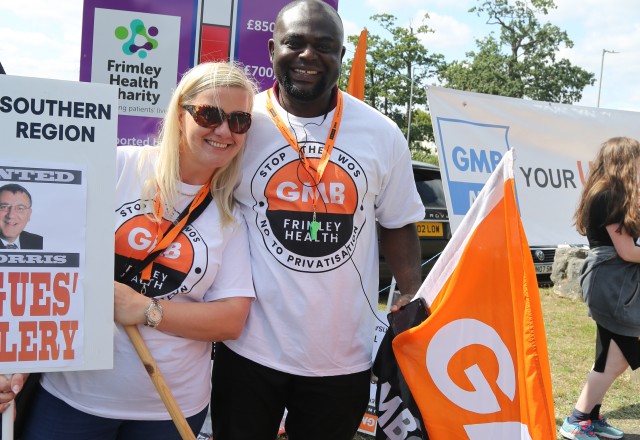 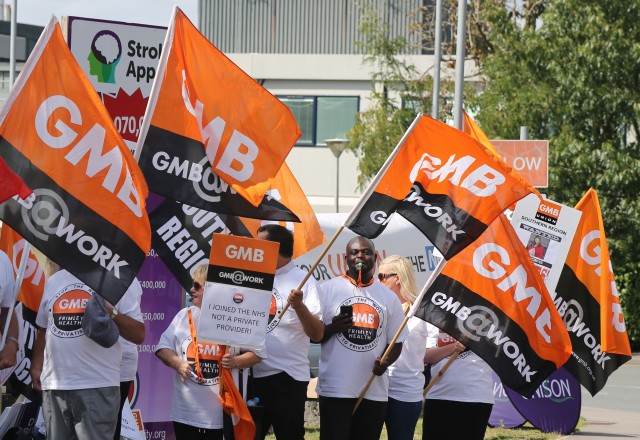 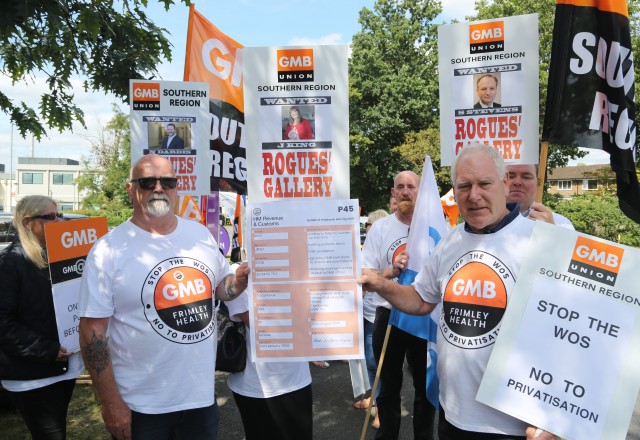 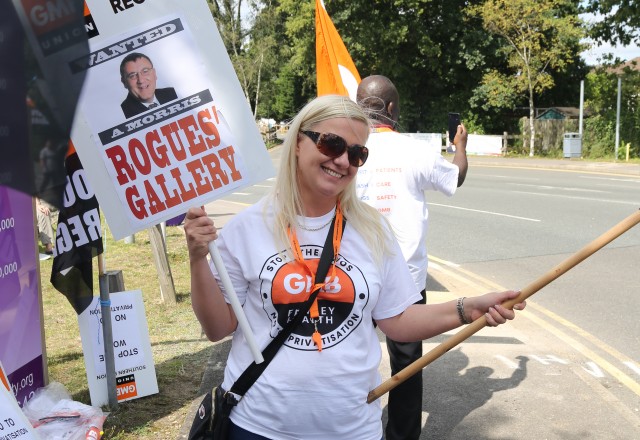 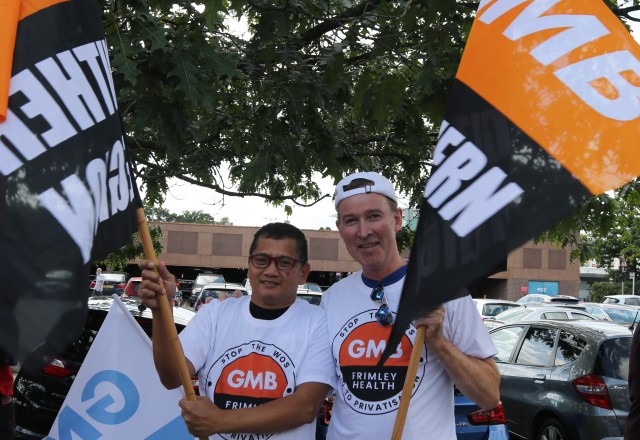 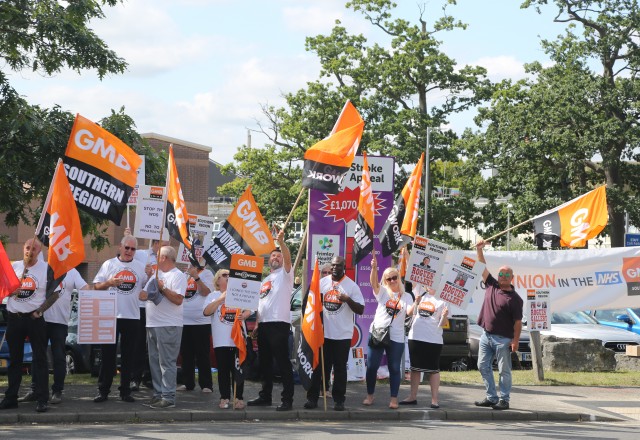 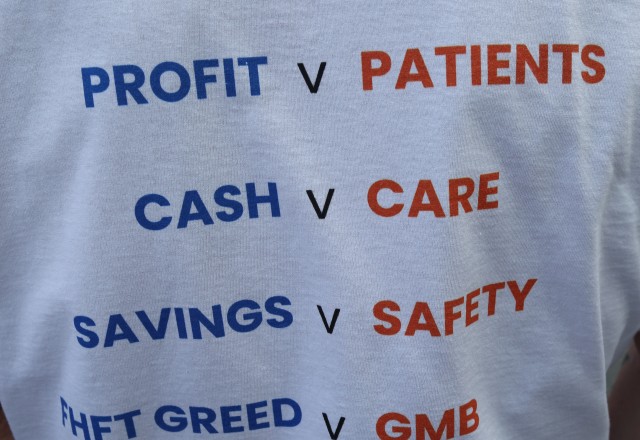